Skip to content
Zelda is one of the most popular games on Switch and there are hundreds of thousands of fans. The popularity of the Zelda franchise has only grown in the past few years, so it is not a surprise that you are also a fan of Zelda. Well, the thing is most of the fans have either completed the popular game franchise or they simply want to play another game that gives them the familiar kind of feeling.
For this, you will have to find games that are similar to Zelda. Don’t worry, it is not as hard as you would think. Since the popularity of Zelda has grown a lot in recent times you can certainly find some amazing games that are kind of like Zelda. Although there are plenty of options, not all of them are worth your time and energy.
So how would you determine which are the best games like Zelda? Simply, you come to us for help! And you have already done it, so you are on the right path.
In this article, we have enlisted some of the best games like Zelda that you would find on Switch, so go ahead and take a look at the following list and see which one you like the most.
[toc]
Also check- Best games like among us / Games like the sims 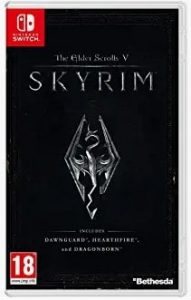 When it comes to the best games like Zelda, we cannot forget The Elder Scrolls 5. This game is an amazing choice for anyone who likes to play RPG based in a western setting with an epic storyline and theme. The game has got a lot of content amusing with rich and immersive worlds where you would find mysterious dungeons, intimidating foes, and some spells that will impress anyone.
Players who like Zelda would certainly love this one too as it takes you to role-playing adventures and the fantasy sensibilities of Dungeons and Dragons. Its vast open-world would give you an endless world to explore and roam around, even when you are not on a mission. You will get some hints of the sandbox playing and free-flowing gameplay, which players enjoy pretty much.
This is the fifth installment in the series that has gained a lot of appreciation and positive reviews from the players across the world. This game has a perfect balance with the deep-rooted characters and events happening as you move forward in the game. Overall, if you liked Zelda, you would certainly like this game so make sure to give it a try, you will not be disappointed.

This is another one of the top games like Zelda that you would love to try out. This is sort of a retro game that has been included by Zelda and the result was quite fascinating as well. The players loved this game across the globe and they have given this game a lot of positive reviews and high ratings which made it a popular Zelda-like game on Switch. Even though the game is a lot like Zelda in its premise, it has got a different perspective and storyline that gives it a distinct touch. Players loved the retro aesthetic, interesting dungeons, and exciting boss battles throughout.
This game has a lot of amazing elements that will keep you hooked to the game for a long time. The action-laced elements are inspired by Zelda and the combats are intense as well as enjoyable, so you will have a lot of fun fighting the enemies. There are a lot of unique protagonists that you will have to fight. The quest of this game can last for 6-7 hours.
Overall, it is a pretty decent game to play if you like the game that has been influenced by Zelda. 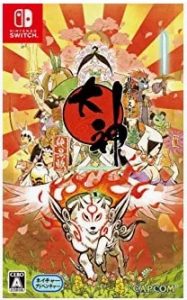 Okami is one of the most popular games like Zelda on Switch that you need to know about. If you haven’t already played this game on Switch then you are missing out on an amazing experience because this one is pretty awesome and you would find a lot of Zelda elements that you will love. This game has aged well with its artistic and gameplay marvel that does an amazing job at keeping the players hooked for a long time.
The game is partly a reinterpretation of Twilight Princess. There are a lot of surreal events happening in the game which makes this game even more fascinating. This is more like an interactive work of art as well as an action-adventure game. You will find a lot of puzzles to solve, unique dungeons, and fun combats.
The mystical touch to the game as well as the action-packed theme makes it a perfect alternative for Zelda on Switch. So if you haven’t already tried out this game, now is the time to go ahead and explore this one, you won’t be disappointed. 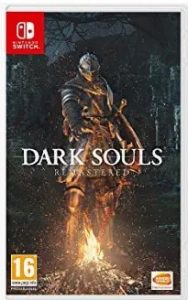 Dark Souls is another popular game on Switch that you must have heard about if not played and fell in love with already. This game is a lot like Zelda’s when it comes to a world filled with demons and monsters, undead warriors, and lots of bonfires. There is a lot of similarity between the two games and at the same time, these are a lot different from one another. This is why the players find Dark Souls as one of the best alternatives for Zelda on Switch.
The open world of the game, Lordran is pretty exploratory much like the world of Zelda. Although the players will keep getting a few hints that will keep them busy and right on the track in-game. Players love the long list of different equipment in the game that makes every playthrough a different experience for the players. So finding random weapons or armors in this game would be much more rewarding.
Overall, the graphic and background score of the game is pretty fun and you will get somewhat similar feelings to Zelda. If you haven’t tried this game yet, then it is high time that you give it a go. 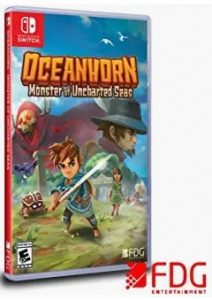 If you like the seafaring twist on Zelda then the Oceanhorn would be the best game like Zelda on Switch for you to play. This game has been on Switch for a while and players have certainly loved the game as well. The game was originally released as a mobile title that has managed to get some good remarks from the players. The game has done a brilliant job at taking the bits from multiple Zelda games. Even though the game has got a lot of factors taken out from the Zelda games, there is still a lot of freshness that players admire.
The treasure hunt in the sea is something that will keep you hooked for a long time without making you tired. On your quest, you will find a lot of stuff that will keep you engaged, from various monsters to some fascinating creatures. There is a lot to explore in this world and the treasure hunt is something that everyone enjoys. So, if you are up for a short but fun journey. 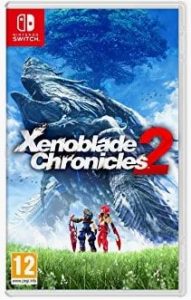 This might be an unexpected game to find on a list of best games like Zelda but if you like even the slightest similarity with the Zelda games then this one would certainly impress you. There are a lot of similar factors that make this game a Zelda alternative such as its lavish environment and a great storyline that is engaging and gripping. The game also features a lot of amazing characters that are well-written and likable.
The players also like the combats that are quite addictive and lots of fun to engage in. The game revolves around a unique system of Pokemon-Esque Blades, each of which brings a different dynamic and distinct powers instead of just revolving around the iconic Monado sword. The fantasy themes of the game that are explorable and fun are something worth your time. Players also like to blend arcade action with various skills and nuance. So make sure you check this game like Zelda on Switch, you will have a great time playing it. 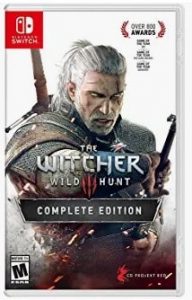 The Witcher 3: Wild Hunt doesn’t need any introduction as it is already evident that it is a great game and probably one of the best RPGs we have lately. So when it comes to finding a game that is like the Zelda games then we couldn’t help but include The Witcher 3: Wild Hunt in our list. Speaking of the similarities between the two games, you would find a huge explorable world where you can go through different scenarios and settings and explore different landscapes throughout the game. The game also impresses us and the players across the world with its amazing characters and engaging storyline.
The game has done a pretty good job at making sure that the players get the best RPG experience as it has a good storyline and solid characters, you would control the protagonist of the story and go on a mission to find the abducted heir of the throne. The protagonist here is an anti-hero and isn’t too good, so there are some obvious flaws to his character.
It is a bit different from Zelda yet you would love playing it, so give it a try. 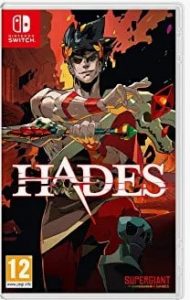 If indie games are something you like to explore then this game would be a perfect Zelda alternative to look forward to. It has some roguelike elements and is inspired by Greek mythology which makes it a great game like Zelda that you would be looking for. What gives this game a perfect Zelda vibe is the numerous tough baddies and dungeon-crawling.
Sometimes the game turns into pure hellish with the Dragons and the deadly creatures that are going after you. The dungeons are randomly generated and there are some pretty cool weapons to combat the foes. This game also features an anti-hero Zagreus who has to make his way through the underworld. Players would find the gameplay somewhat addictive and a whole lot of fun. So make sure that you must try this game out if you truly are a fan of Zelda titles.

If you love playing the Legends of Zelda for its visuals and graphics then you would love Sable as well. These two games are not necessarily the same and have some differences when it comes to gameplay and the overall premise of the game yet the visuals can be compared to Zelda and that’s when it comes to a good alternative for the same.
It features a sandbox of conflict and relies on the narration of the story through its visuals. You will find the story so gripping yet a staggering amount of freedom in it as you can move freely in the world. Take a look at this game, you might love it. 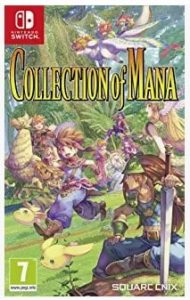 Collection of Mana is something that you should play at least once if you are a fan of games like Zelda on Switch. With lots of customization and a gripping story, this game seems like a perfect replacement for Zelda. The majestic locals and magic systems are also something you would enjoy.
This action-packed RPG will certainly do justice to everything that you would like in Zelda. So make sure you enjoy this amusing experience, so give it a try if you haven’t already.

So, these are the games that you would like to play if you like Zelda like games. There are plenty of choices across all the platforms or consoles, but when it comes to Switch these are your best options.
Go ahead and try these games out and see which Zelda-like game you like the most among them. Our job here is done and we hope you found this article helpful and found everything you have been looking for.